Travelling Shots – ‘Seven Sketches of South African Society on the Move’ was first presented as part of PACT’s Pot-Pourri Festival of the Arts on 15th June, 1988 at Windybrow’s Dalro Theatre. The National Festival of the Arts in Grahamstown followed where the collage of monologues and one-act plays won an Amstel Pick of the Fringe Award.

A national tour followed the festival with seasons at the Momentum at the State Theatre, Pretoria; The Hexagon in Pietermaritzburg, The Loft at the Playhouse in Durban and the Concert Hall at the Baxter in Cape Town.

“Funny and sad, observant and powerfully written… displaying Slabolepszy’s unerring ear for the dialogue of the street…”

“He never fails to entertain…”

The seven sketches and playlets in Travelling Shots are slices of South African life circa the late 1980s. Packing for Perth 1, OD (OFS), Karoo View, Sidewalking RSA, Nora’s Ark, Abnormal Load and Packing for Perth 2 are amusing, irreverent, biting comments on folk from all walks of life in a country heading for enormous change. 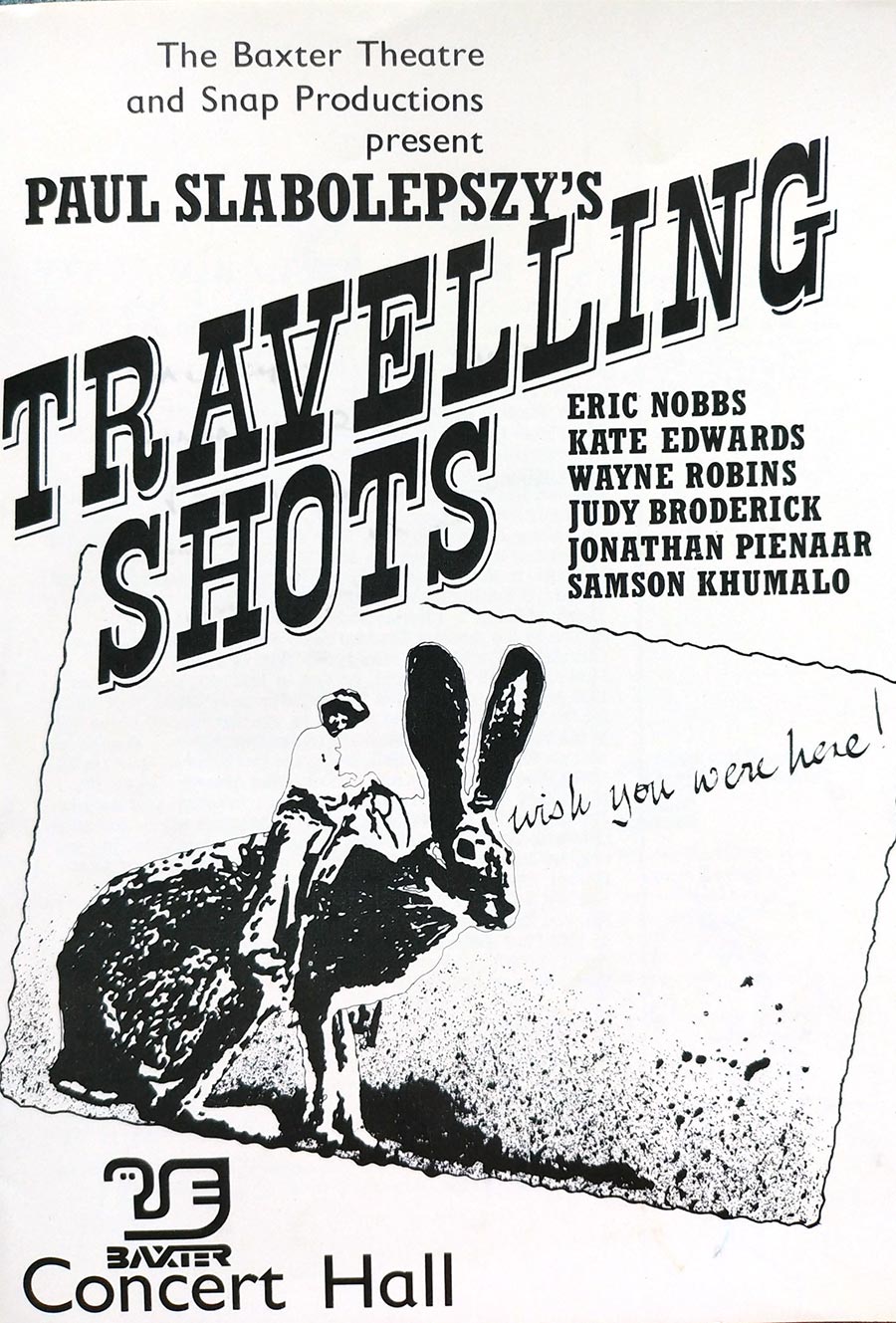 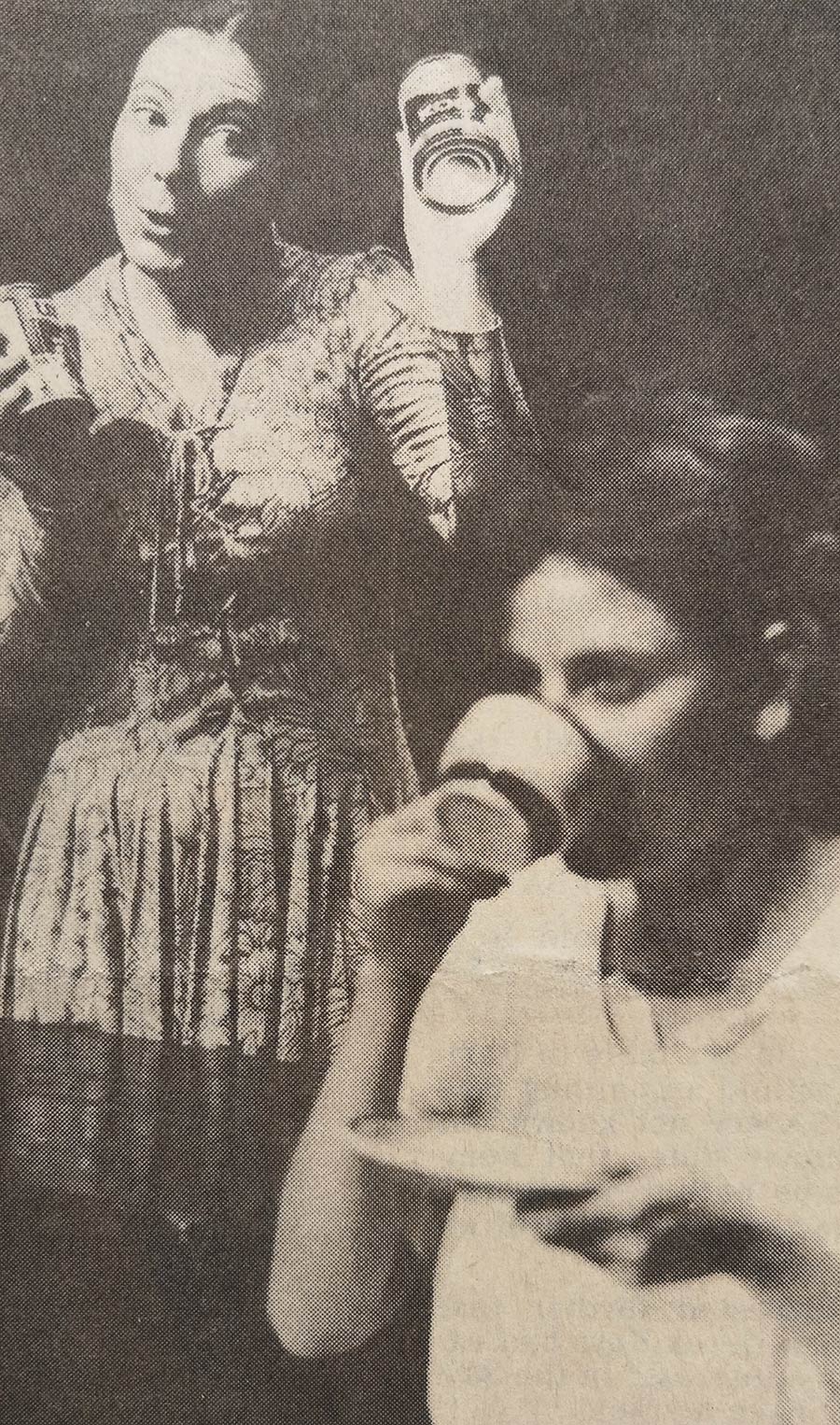