Smallholding was first performed at the National Festival of the Arts in Grahamstown in June, 1989 after which it opened at the Market Theatre directly thereafter. A year later, Smallholding garnered the Vita Best Play Award. Christiaan was played by Nicky Rebelo, PA by Paul Slabolepszy, Gideon by Louis Seboko, JJ by Martin le Maitre and Evie by Kate Edwards. Set Design was by Nadia Cohen, Lighting by Mannie Manim and the production was Directed by Bobby Heaney.

“SMALLHOLDING is a monumental tour-de-force…”

“… if SMALLHOLDING, which is dramatic as it is human, were put in a time capsule, it would provide a raw glimpse of what the death throes of apartheid society were/are like…”

“… a searing performance from Kate Edwards…”

“… Slabolepszy has secured his place in the history of South African drama… he displays a sharp, unsentimental insight of the deadly damage inflicted by the prejudices and injustices of a discriminatory ideology…”

“… a play of international status… Slabolepszy has roared back into life with a play as powerful, menacing and rasping-on-the-nerves as the chainsaw it so prominently features…”

“… the most accomplished contemporary playwright South Africa can boast…”

A young Afrikaner stumbles upon a heartland he never knew existed… a desolate farm plot on the edge of the far East Rand becomes the ultimate battleground between the urban and the rural, the future and the past… a cataclysmic, anarchic celebration of the frontier spirit… 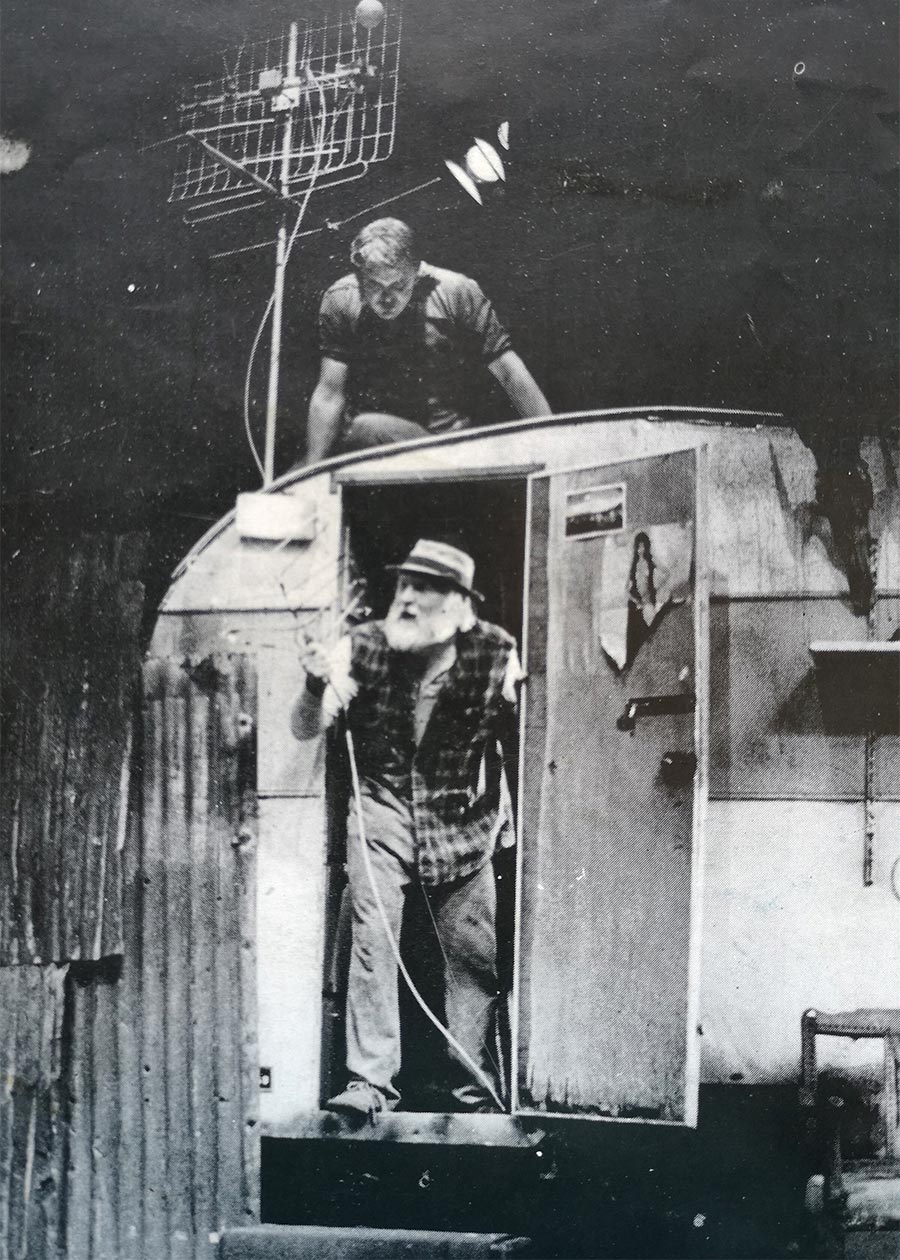 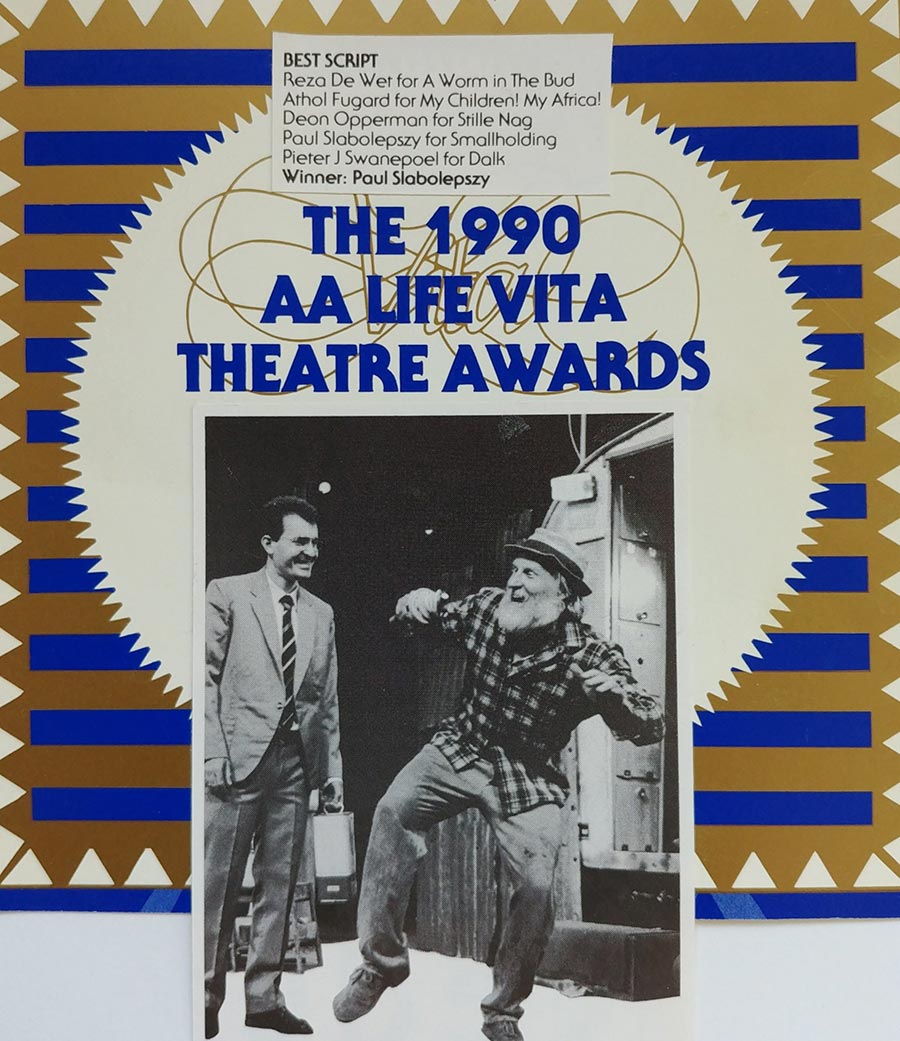