Boo to the Moon.

The play was subsequently performed throughout 1987 by PACT who toured it nationally. The production opened at Johannesburg’s Windybrow Theatre in May 1987, with Stephen Jennings as Spider, Susan Danford as Jessica, Bruce Alexander, Coxie, Glenn Swart, Allie and Anne-Mart van der Merwe as Myrtle. The production was directed by Bobby Heaney.

Five young learners in their final year of high school are returning to Durban from an out-of-town Matric Farewell Party at two in the morning… They flip the car and land, right-side up, in the veld… Now what…!?

Spider, Jessie, Coxie, Myrtle and Allie are your average white South African teenagers living in a time of chaos and uncertainty. The nationalist regime is clamping down even harder on all forms of resistance… the townships are burning… white boys are being sent to the Border to take on the ‘swart gevaar’ and Australia, Canada and New Zealand are becoming destinations the parents of these privileged kids are increasingly considering…

The past and future collide on this wild, crazy, hilarious, drunken night when all the hopes, fears and dreams of these confused young souls are laid bare…

“Running through Boo to the Moon is a serious questioning of history, the kind of questioning which is connected not only with a sense of impending cataclysm which will negate history, but also with a profound sense of certain histories mattering more than others… the concentration on the here and now is articulated in Boo to the Moon by Spider, probably one of Slabolepszy’s most complex – and representative characters… Spider suspects those, like teachers, who use history to obscure pressing realities; to muffle criticism or to infantilise…” 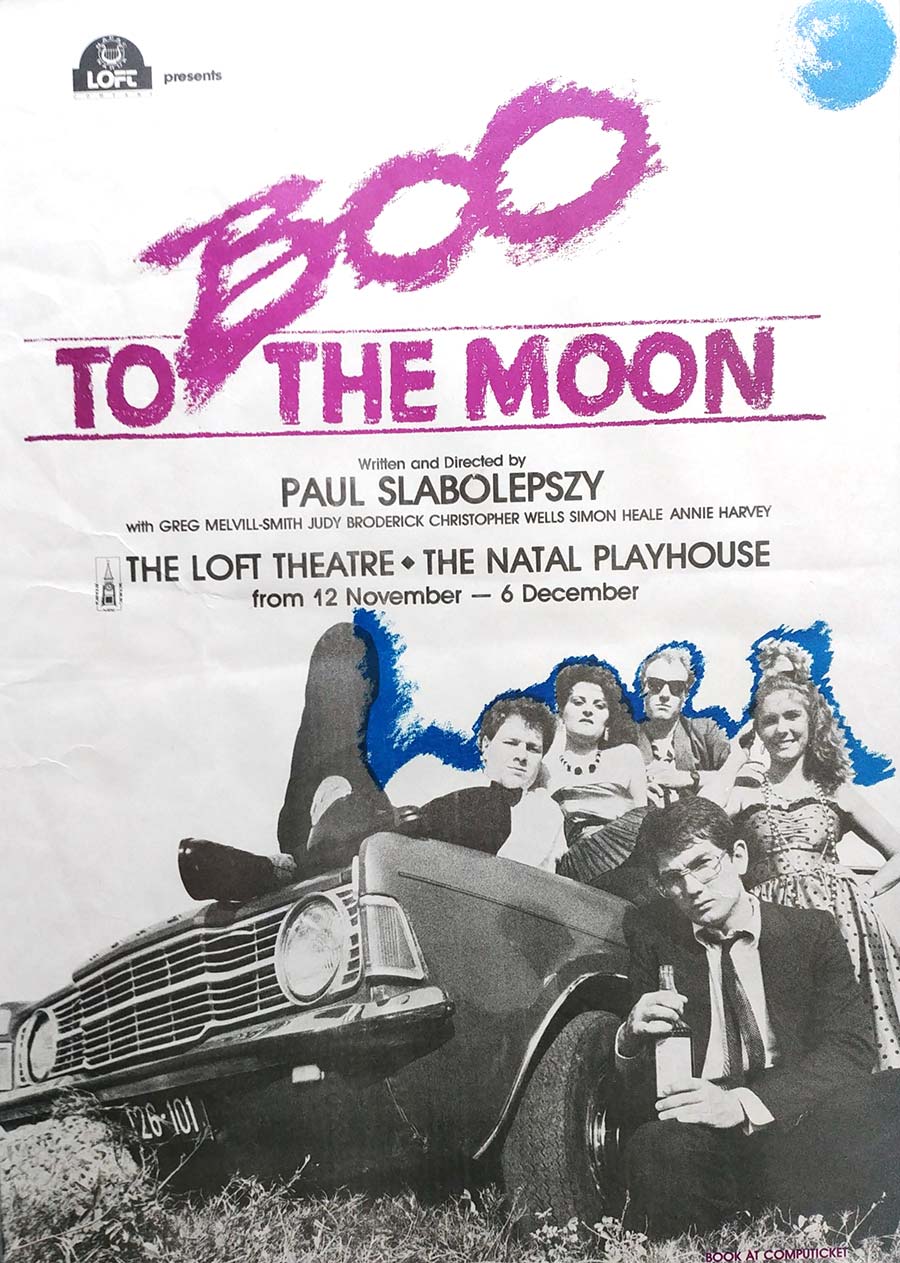 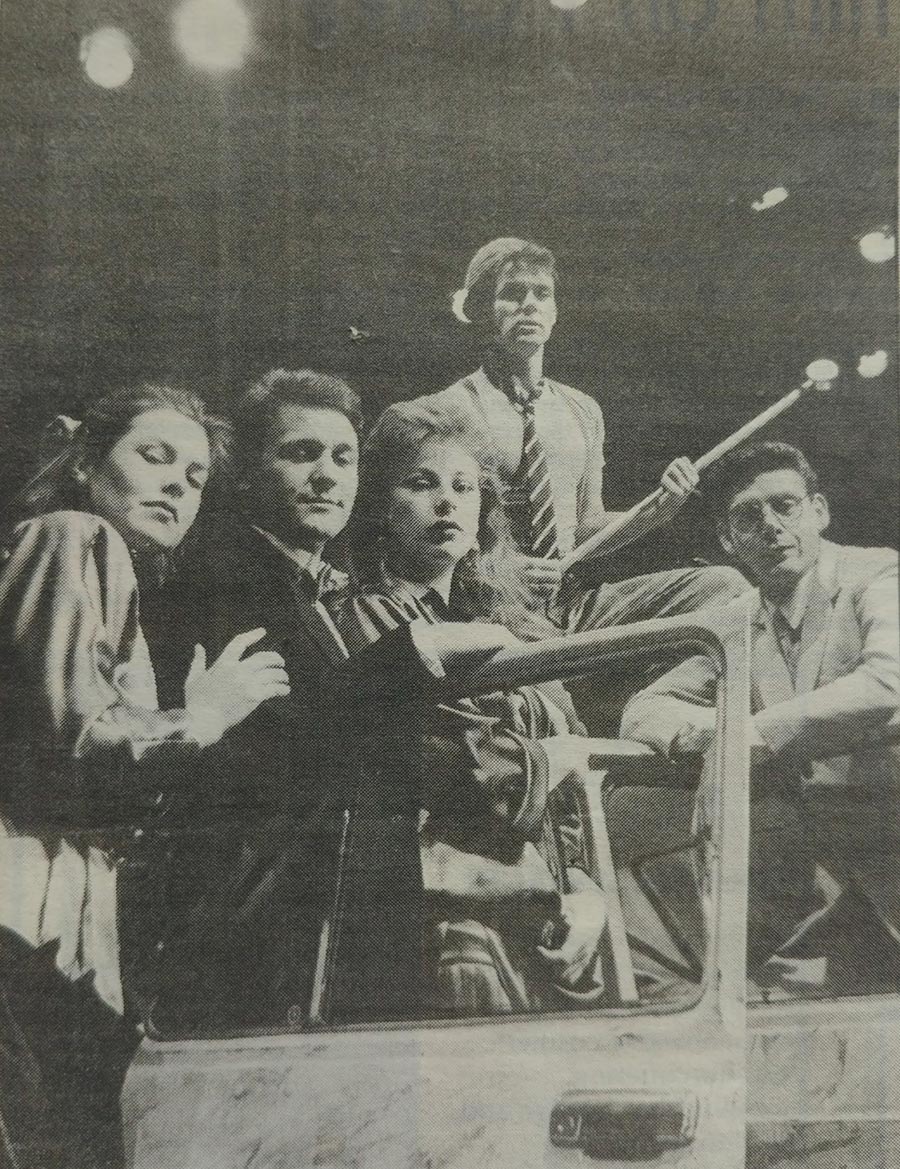 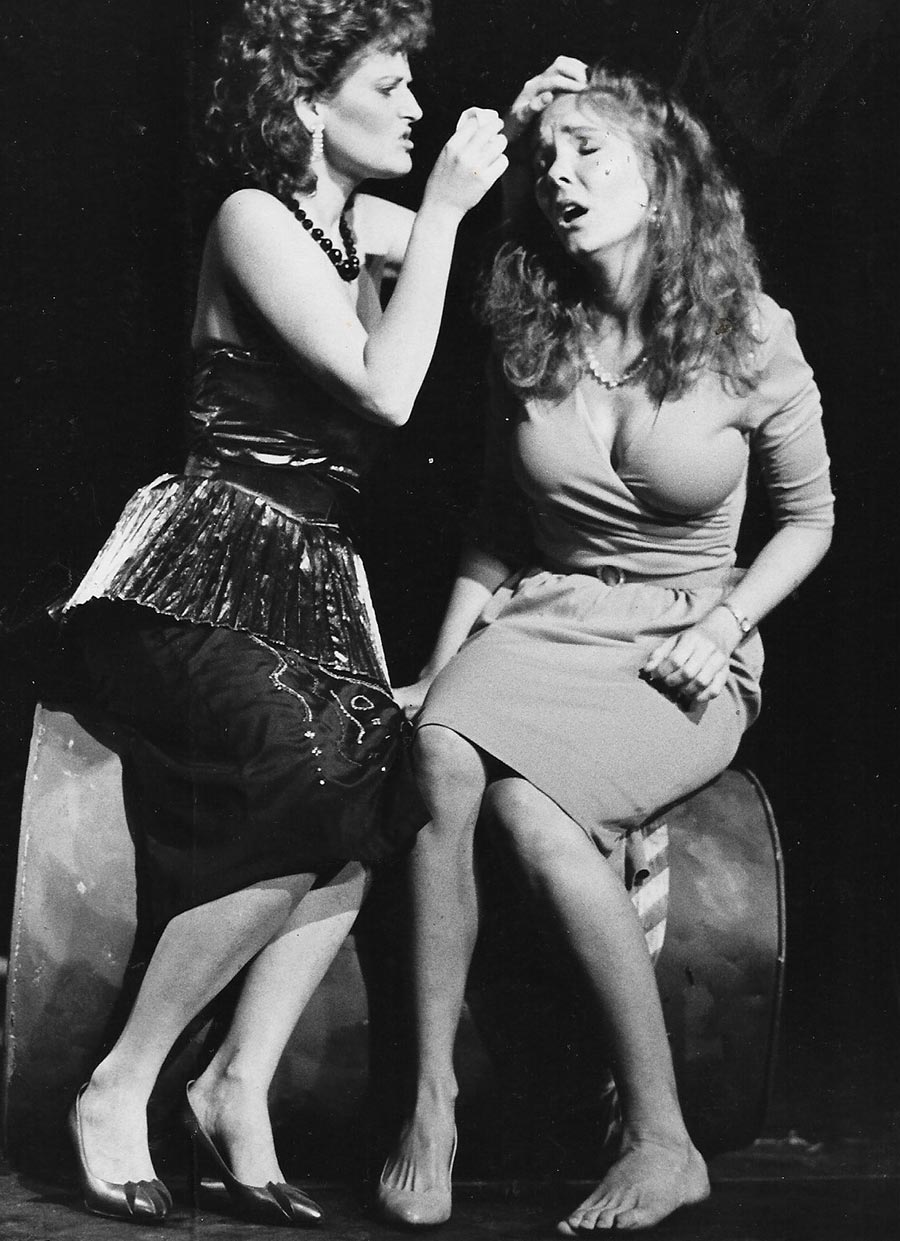 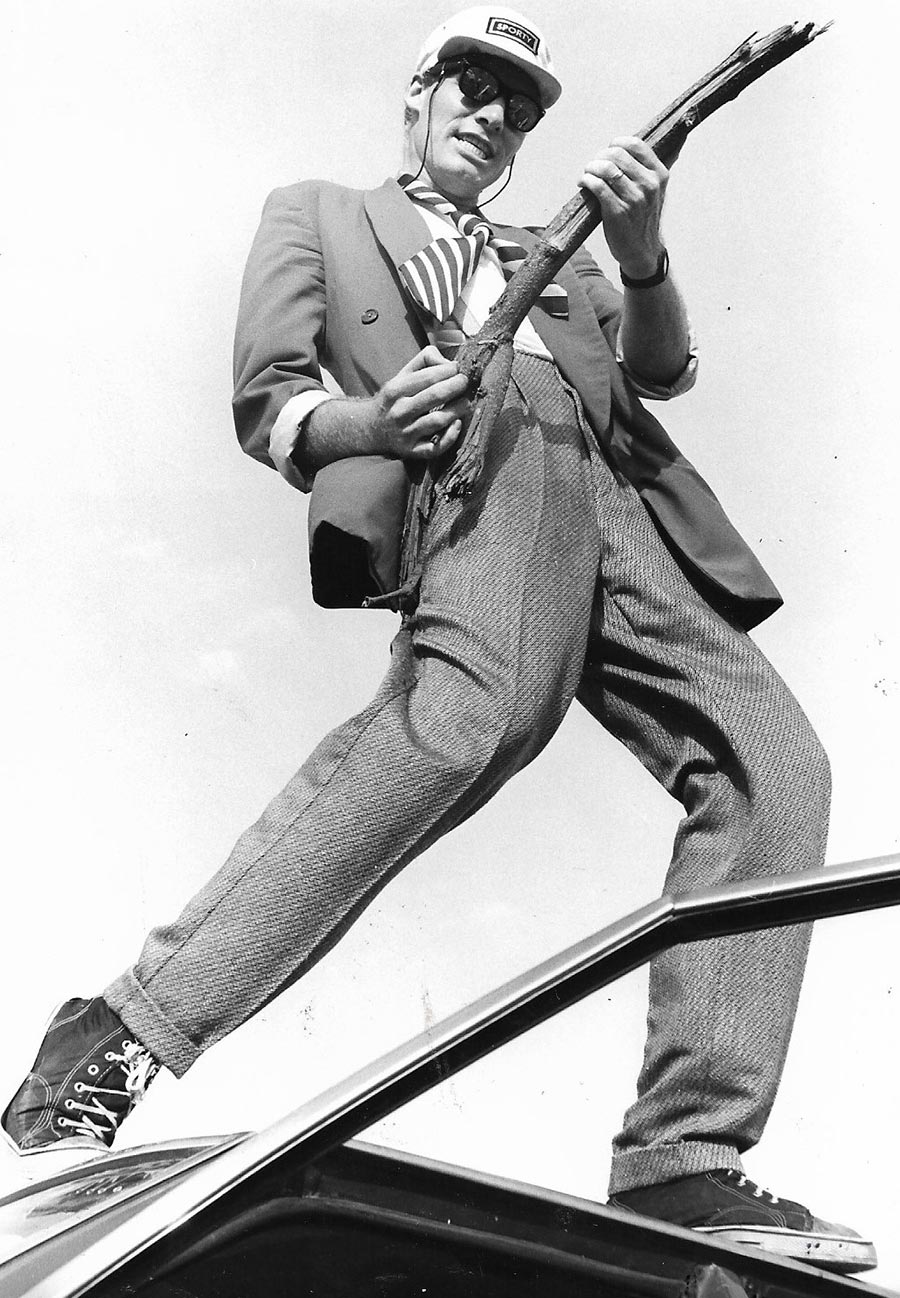